Austal (ASX:ASB) is pleased to announce the successful roll out prior to launch of Hull 380, the ninth Cape-class patrol boat designed and constructed by Austal and the first of two to be delivered to the Royal Australian Navy (RAN) in 2017.

Mr Singleton said: “It is with great pride we welcome the Defence Industry Minister here today to celebrate not only the continuing success of Cape-class as an effective maritime border protection solution, but Austal’s proven shipbuilding capability.

“Austal delivered eight Capes to the Australian Border Force over 2013 – 2015 and we will hand over Capes 9 and 10 to the Royal Australian Navy in the first half of 2017. To date, we have directly engaged 348 Australian suppliers and created and sustained 350 jobs in the delivery of the Cape program.”

Austal’s Cape-class patrol boat is a 58 metre all aluminium monohull vessel, designed to perform border protection and maritime security tasks, with a top speed of 26 knots and a range of up to 4,000 nautical miles. With a crew of 22, the vessel is capable of undertaking 28 day patrols in (up to) sea state 4 and the ability to launch two boats simultaneously.

Hull 380 is due to be launched later this week and will undergo final fitout before sea trials commencing in January 2017. Delivery to the RAN is on schedule for April 2017. 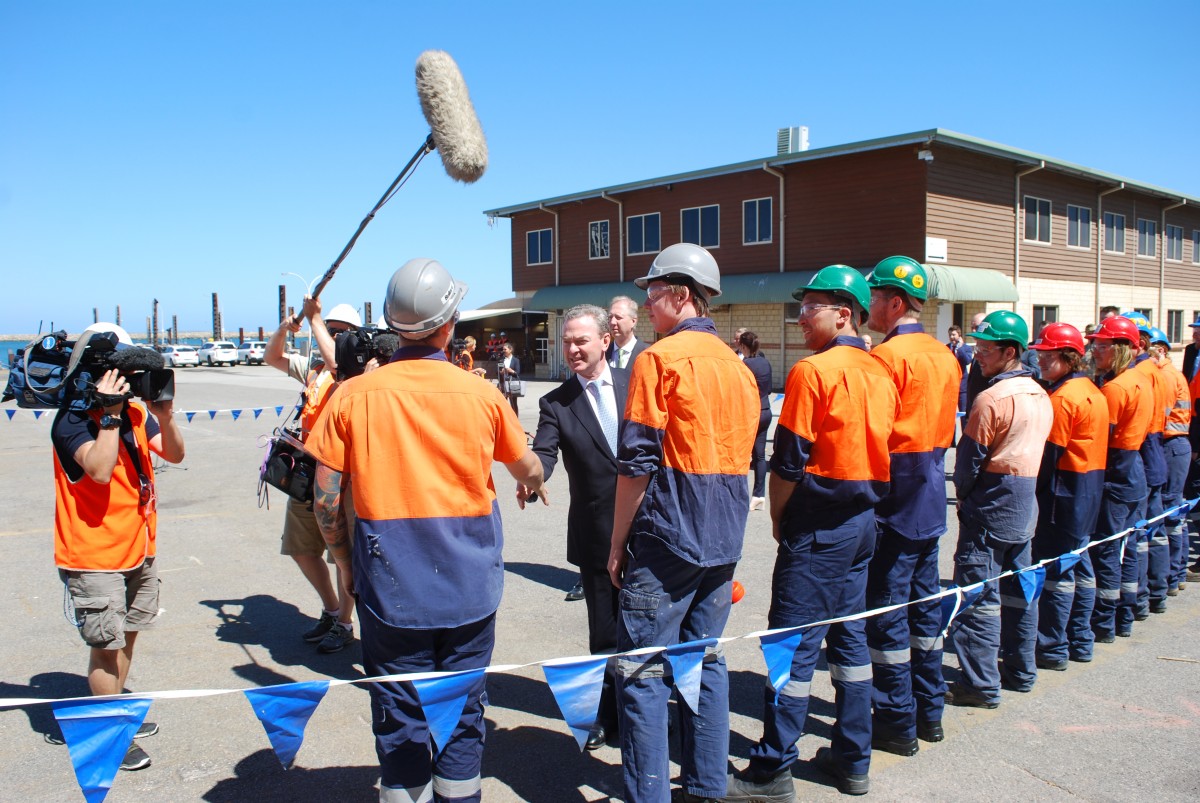 Defence Industry Minister The Hon. Christopher Pyne MP meeting some of the Austal production team during the rollout of Hull 380; the first Cape-class patrol boat to be delivered to the Royal Australian Navy. (Photo: Austal) 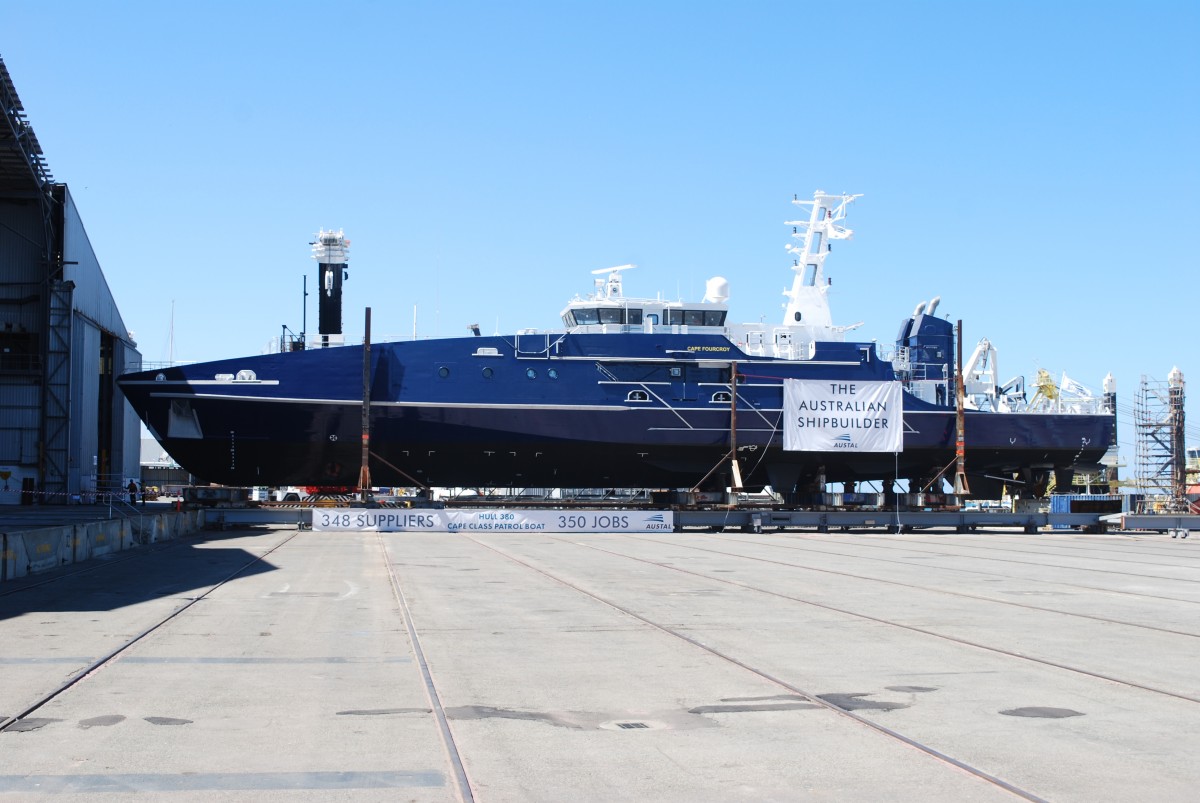 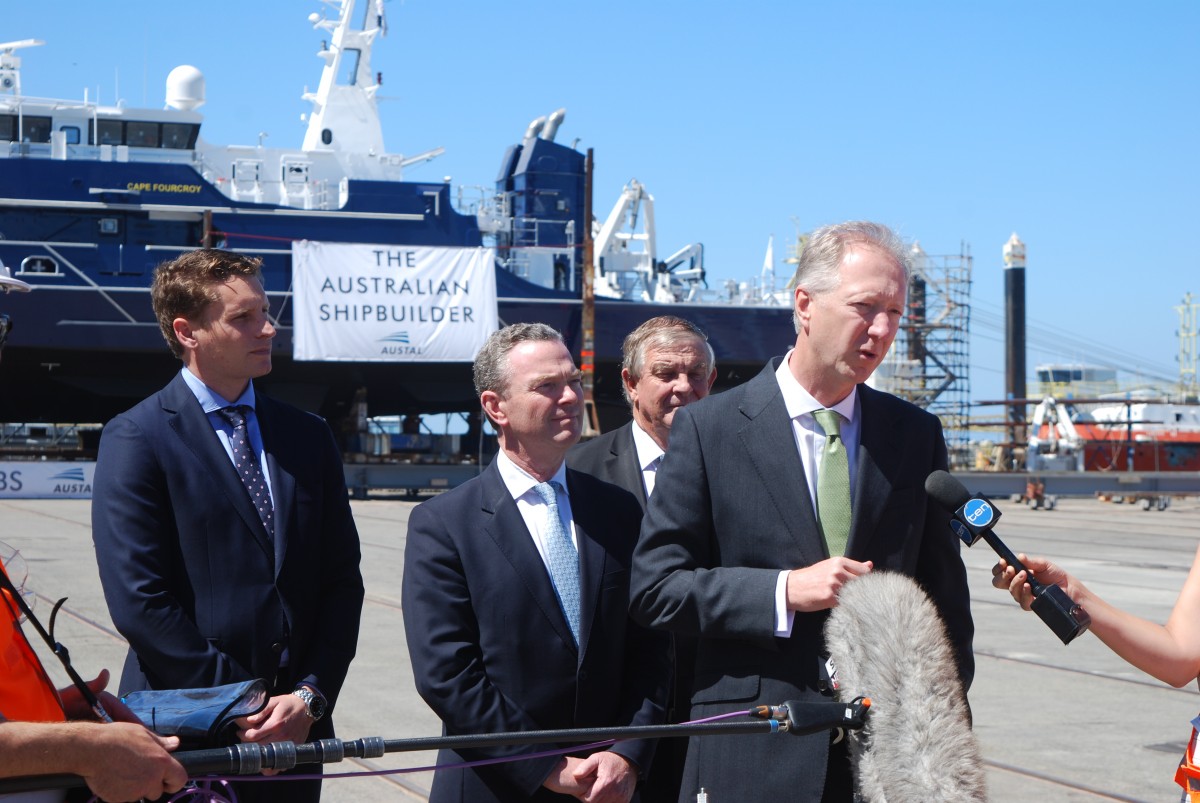 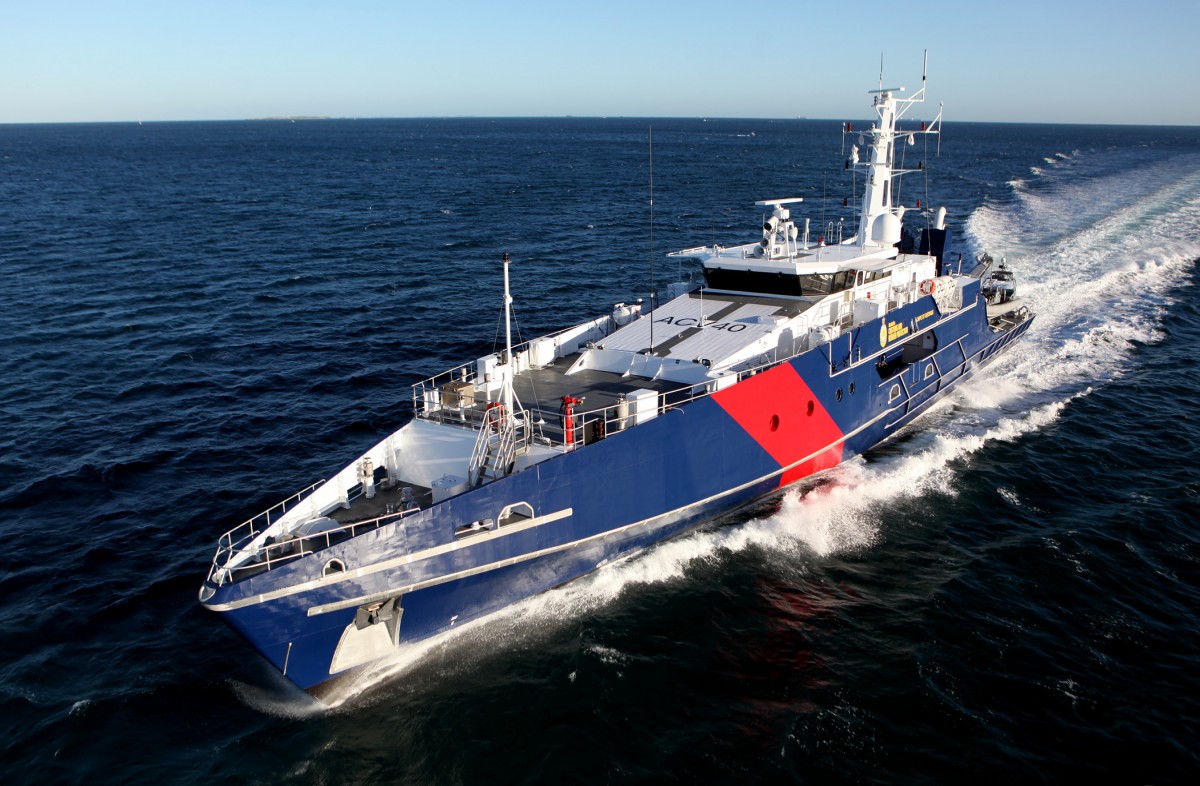