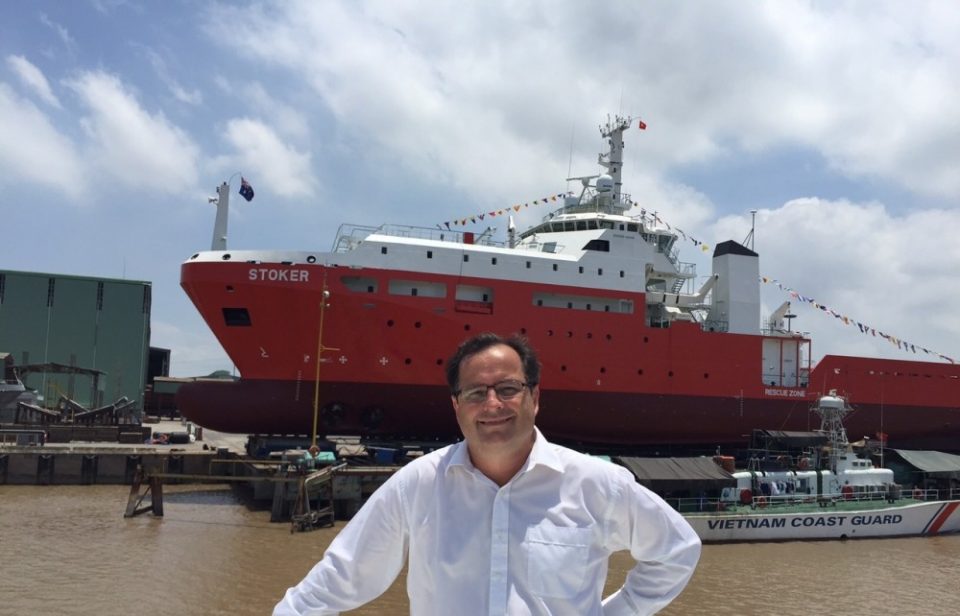 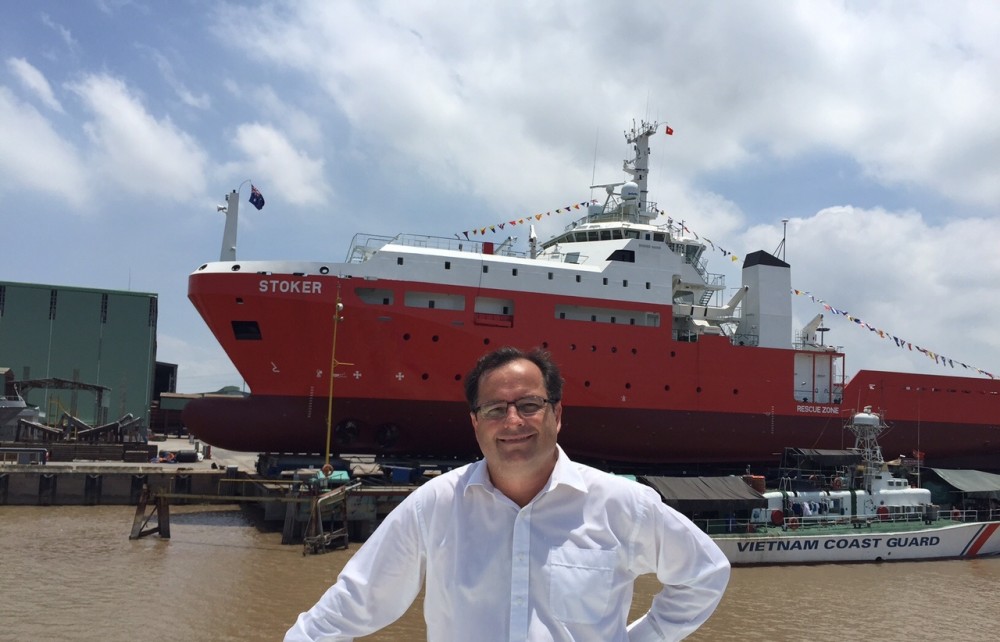 A trade visit to Vietnam is the latest step by BSE Maritime Solutions to cement Cairns as an Asia Pacific hub for Navy and Defence work and establish business links with one of the world’s largest shipbuilding companies.

The ceremony in Haiphong celebrated the launch of the latest project being built for the Royal Australian Navy through a partnership between the Australian company DMS Maritime (SERCO) and the Dutch company DAMEN Shipyards.

The visit has further strengthened the resolve of BSE Maritime Solutions to put Cairns at the forefront of considerations for the upcoming schedule of works for the Pacific Patrol Boat Replacement Project (PPB-R).

Traditionally competitors, BSE is partnering with Norship and others to bring the building and throughlife sustainment of the PPB-R project to Cairns.

The PPB-R is part of the Federal Government’s commitment to maritime security in the Pacific region and the importance of a sustainable naval shipbuilding industry in Australia.

The project involves the construction in Australia of up to 21 steel-hulled replacement patrol vessels worth an estimated $594 million, in addition to through life sustainment and personnel costs estimated at $1.38 billion over 30 years.

“BSE was delighted to be invited to the launch of the DAMEN vessel and we saw some innovative designs which we are hoping to learn from and incorporate in future work,” Mr Parer said.

“Cairns has a rich naval shipbuilding heritage, including building of the 14 Fremantle Class patrol boats in our refit sheds in 1988, and we intend to further enhance this reputation for maritime excellence in North Queensland.

“The visit was another step towards improving the position of Cairns as the hub for Minor War Vessels and a strengthening of ties between BSE and DAMEN – a company with a reputation for delivering on time and on budget.”