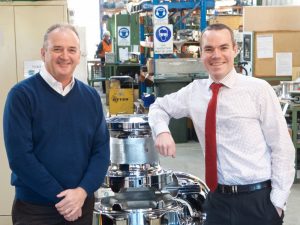 Leading Australian marine large exporter of the year Muir has announced a new ownership structure, and a new CEO to lead Muir into the future.

The new structure sees CEO Grant Asher join with Andrew Buckley, ex-CEO of ASX-listed infrastructure firm Cardno, to invest in the business and move it to the next level of growth. Having been heavily involved in driving business strategy as Muir’s CFO for the past three years, Asher has recently taken the helm at Muir after former managing director, Matthew Johnston, stepped down to pursue new opportunities.

“We’ve got a very strong forward order book,” said Asher. “The business is in a healthy position and Andrew and I are looking forward to working together long term to keep Muir growing in a way that is solid, sustainable and maintains the reputation Muir has achieved over its 48 year history.”

Buckley’s strong track record of driving growth will be a good fit at Muir, with a well-documented history of growing Australian businesses to become international operations.  He will step into the role of Executive Chairman. 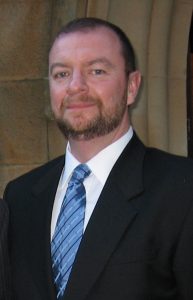 The investors are looking forward to employing a hands-on approach to driving the company forward.

Asher is based in the company’s Tasmanian factory, while Buckley will aid the team as an Executive Chairman from his base in Queensland.

Asher recently took up the role of Muir CEO after former managing director Matthew Johnston stepped down on 1 July.  Johnston had led Muir for 11 years, and is also known for his dedication to furthering the professionalism and growth of the superyacht industry as a whole.

The management team is rounded out with the addition of a new Sales General Manager, Michael Corfield. Corfield joins the team with significant experience in the marine sector and has an established reputation with global shipyards which will add to MUIR’s existing international relationships.

Muir has gone from strength to strength in recent years, gathering multiple awards and furthering its reputation for products of the highest quality and reliability. The company was named 2016 Best Marine Industry Export Performance – Large Exporter in May at the Australian Marine Industry Awards; an award which it had also received in 2014.