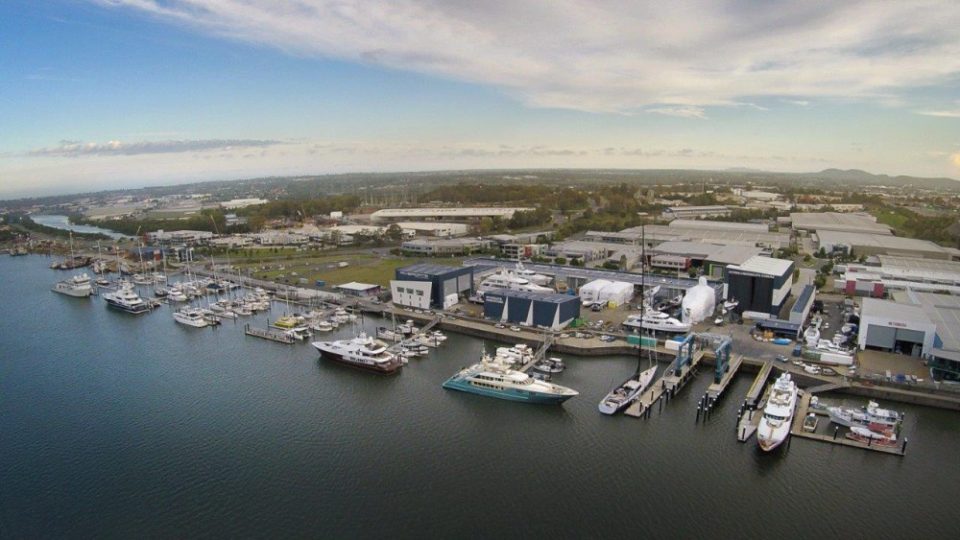 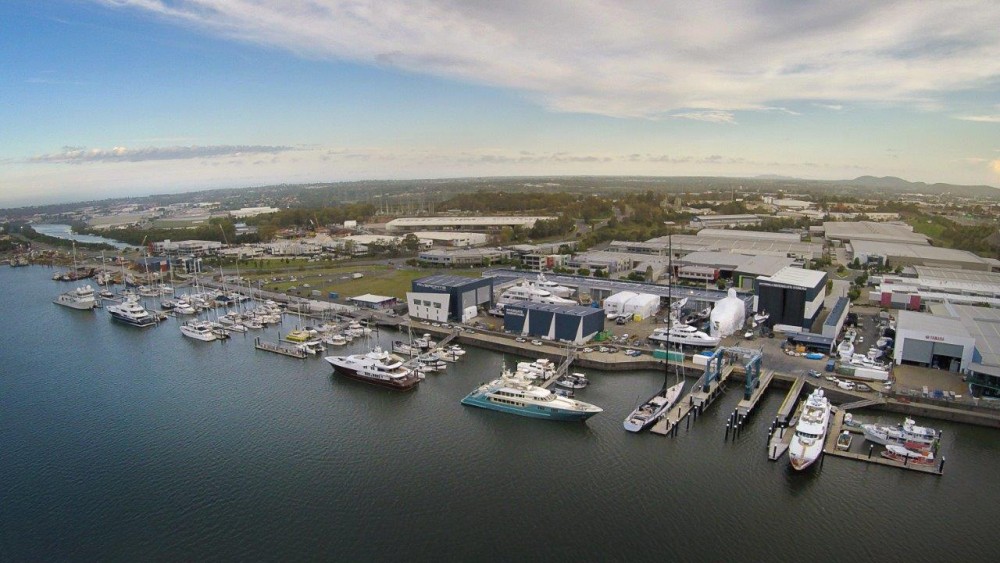 By George Bains from superyachts.com

Speak to anyone in the Australian superyacht industry about Steve Fisher and they will first tell you about the gentleman with a distinctively wry sense of humour. Second, they will likely speak of a man whose achievements throughout a long career in the Australian yachting segment are unquestionable. This is a man who for years has had a vision of the industry far ahead of the rest, and only now is it being properly realised.

Current Director of International Business at Rivergate Marina and Shipyard, Steve Fisher would be enjoying the fruits of a hard-earned retirement but for his passion for the industry. As Steve recalls, an attempt at retirement in 2011, ending 12 years as Rivergate’s General Manager, was particularly short-lived. “I was in Canada at the time and the owners of the company rang me, asked me to come back and give them another 3 months and I’m still here!

Business is anything but usual for Rivergate at the moment, with the shipyard working on major development plans that will see it become the largest refit and maintenance facility in the southern hemisphere.

When “boaties” Bob Hill and Judy Brinsmead were approached by the Queensland government to develop Rivergate, the original conception was that of a destination marina. It was soon realised that the site was more suited to be a maintenance facility and now, 15 years and over 250 superyacht projects later, Rivergate is a world-renowned shipyard set to embark on a new chapter.

“Two years ago, I said to the owners ‘Our reputation is growing exponentially, our capabilities are not growing to meet that expectation in terms of the size of the boats. We need to grow in the market and look at a bigger facility.’

“The fleet is growing faster than the capabilities, but that’s why we are looking at this big development because we want to grow our capability with the fleet. We’ve got consultants working on a major upgrade which we hope to go ahead in the next couple of months and press the go button.”

Projects on superyachts such as Lurssen’s 74m Aurora and 65m Feadship Callisto have led to glowing reviews and important referral business for the yard. Everything from a crane rebuild of Double Haven to full repaint, engineering and interior fit out of 73m Dragonfly has been completed at the Brisbane-based shipyard.

Operating as a family-run business with the financial backing of parent organisation ADCO Constructions gives Rivergate a unique advantage. “That gives us commercial and economic power that a lot of businesses don’t have,” Steve explains. “We’ve got the support of a big privately-owned company that gives us a lot of extra value to projects that might not be available through other facilities.

“As a family company, if I do a project and make some money but the client goes away unhappy, I get a kick in the butt. My owners would rather me lose a little money on a project and send the owner away happy than the reverse of that. Customer service and satisfaction are on occasion put before profit. If things ever get difficult, the instruction is simply ‘fix it’.”

A gateway to the cruising grounds of the Whitsundays and the Great Barrier Reef, Rivergate is still used by many as a destination marina. With 105 marina berths accommodating superyachts up to 80m in length, along with its proximity to both Brisbane’s CBD and airports, Steve often finds himself welcoming back familiar faces.

From the undisturbed natural wonder of the Great Barrier Reef, down to the rugged wilderness of Tasmania. From the paradisiacal cruising grounds of Perth up to the dramatic wilderness of The Kimberley. Nowhere else will you find a destination riper for discovery by superyacht. For Steve, the year-long sunshine in South East Queensland is hard to beat.

“One of the comments I make to Captains who aren’t familiar with the area and our climate is that I live on the Gold Coast. It’s about an hour from Rivergate and I can surf every day of the year without a wetsuit, including the middle of winter.

“We definitely don’t have a boating season similar to the Med where we’re boating for half of the year and then staying a long way away for the other half. You can boat here all-year-round and swim off the back of your boat.”

Even within an hour of Brisbane, the undiscovered gems of Moreton Island, North Stradbroke Island and Tangalooma have proven enough to convince superyacht owners to extend their stay at Rivergate. It is therefore unsurprising that so many superyachts have found that six months is not enough time to see even a fraction of what Australia offers.

“Most boats that come down under are not allowing enough time,” explains Steve. “It’s the most common comment I have from Captains as they leave.

“Dragonfly would be a perfect example. We did a big maintenance job on Dragonfly about five years ago. She came down for a short visit and has been wondering the South Pacific ever since. So, people just don’t realise how much there is to see.

“Some boats are coming back and staying longer. As they get more knowledgeable about what’s available in the South Pacific, they’ll plan longer trips. It’s all very low on the international radar at the moment, but more and more people are understanding and making use of it.”

Change in the Waters

The introduction of the Special Recreational Vessels Act in December and a restructuring of Control Permits has opened Australia’s doors for foreign charter vessels. Though there is a sunset clause that these changes are law until a new Coastal Trading Act is agreed (which could take some years yet), there is great optimism for attracting more superyachts Down Under.

“I’ve been saying this for quite some years. The change in the legislation will treble the superyacht fleet in the next 5 years.”

An important reinterpretation of the control permit situation means that only days spent in the country are counted, making it easier for vessels to leave and re-enter Australian waters. Making this common knowledge in the industry is paramount to reaping the benefits says Fisher.

“Once captains know that, then the concern about coming down to Oz and staying for a long period of time will go out the window. Then I think we will see more boats base themselves in the South Pacific.

“It won’t take long for that to quickly float through the fleet. There are boats headed in already on the eastern seaboard that are saying ‘ok we will change our approval to a Special Recreational Vessel so we can do some charter while we’re here.’ We have one here that was heading straight out to Fiji after maintenance but is now considering doing some charter in Australia. It will change things but it’s still early days.”

In addition to his role at Rivergate, Steve sits on the board of AIMEX – the peak body representing the Australian marine export and superyacht industries. Looking ahead towards the goal of entrenching Australia’s position as a global superyacht hub, “promoting the capability” is the prime concern.

“Making sure the worldwide fleet knows about the capabilities of Australia and that you’re not our here isolated on your own. You can do anything in Australia.

“30 years ago, I was involved in the mapping of the Great Barrier Reef, and those areas still look exactly the same today. The area sells itself, but I do receive requests from Captains for detailed and factual itineraries that cover from arriving in Cairns through to departing from Broom.”

Putting together these “nuts and bolts” itineraries for Captains, as well as working with key agents such as Carter Marine in Cairns and Major Yacht Services in Sydney, will be crucial to making the most out of this opportunity. Whether or not the presence of superyachts in Australia will treble only time will tell, but what can be said with certainty is that for both Australia and Rivergate the next few years are rich with opportunity. For Steve Fisher, an illustrious career could yet reach greater heights.