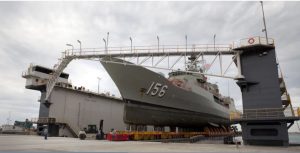 Half an hour south of Perth’s CBD, in a bustling marine and engineering precinct, a remarkable revitalisation is under way that has the potential to underpin WA’s future economic prosperity.

With exciting defence and other projects in the pipeline, the shipyards at Henderson are being transformed into world-class facilities that will drive a new era of high-value manufacturing.

Having spent more than 40 years in and around defence, I can safely say there has never been a greater opportunity for Australia to establish its global credentials in the shipbuilding sector.

When the Minister for Defence Industry, Christopher Pyne, says that he wants to see Australia become a leading exporter of defence and military capability, he could very well be talking about Henderson’s potential. 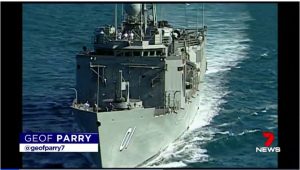 This will allow WA to transition from the resources boom — with its multitude of riches — while providing jobs for those who previously worked on the North West Shelf and at other resource-rich locations.

In fact, so confident are we about the future that Civmec — the owner of Forgacs — is investing $80 million to build what will become Australia’s biggest undercover shipbuilding, maintenance and fabrication hall.

As well, we have begun discussions with the State and Federal governments about developing the Australian Marine Complex as the optimal location for vessel maintenance and support, with plans for extra wharf space, a dock and or a large ship lift.

We envisage a purpose-built facility that will cater for the future in-service support needs of the Royal Australian Navy, other regional and allied navies and commercial vessels without impeding the use of the marine complex by other sectors such as the oil and gas industry.

Truly, these are exciting times for Australia’s naval shipbuilding industry.

“Having spent more than 40 years in and around defence, I can safely say there has never been a greater opportunity for Australia to establish its global credentials in the shipbuilding sector.”

And while the industry has long focused on its priority customer, the RAN, with the skills, technology and facilities at our disposal, we have the opportunity to expand and grow.

Australia’s defence industry is progressing from one that is highly regulated and government-controlled to one that is more independent, self-reliant and competitive.

If WA is to become a credible centre for the export of minor war vessels such as patrol boats, these are exactly the sort of qualities we need to continue to encourage.

Henderson, where construction is already under way, will rival the best shipyards across the globe.

That is something for which all of Australia — not just this wonderful State — can be rightfully proud.

Critically, this is not a project stemming from government funding and subsidy. It does not hinge on success in any government tender. It is a demonstration by Civmec in what it sees as the future.

Our industry needs to exist in a competitive landscape, where governments play a role but the private sector can lead the charge.

Our development at Henderson is at the centre of such a competitive landscape and we are proud to be investing to bring infrastructure, employment and growth to WA.

The Federal Government’s policy of acquiring new naval capabilities in such a way that permits and, indeed, encourages the development of a continuous naval shipbuilding industry is another step in the right direction of allowing industry to plan its investment strategies with some degree of surety about future prospects.

I joined Civmec Construction and Engineering Pty Ltd two years ago, when it launched its move into the defence business.

Despite the uncertainty caused by the global financial crisis and the belief that manufacturing in Australia was dying, Civmec grew from nothing to $330 million turnover in three years.

That growth trajectory continues to this day.

Its move into defence allowed it to apply its innovative yet proved ideas to this new industry sector, creating a win-win scenario for the Australian Defence Force, which could benefit from a fresh approach without the risk of untried processes, procedures or poorly trained people.

Mike Deeks is the managing director of Forgacs Marine and Defence