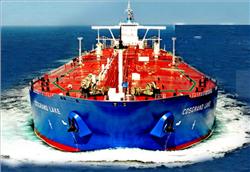 The financial details of contract were not disclosed. Market estimates show that the order could be worth a total of USD 500 million.

The newbuildings will be designed to feature fuel saving and energy efficient technology, according to DSIC.

The new orders placed by China Cosco followed the Chinese government’s recent announcement that the scrap-and-build policy’s deadline has been extended to 31 December 2017 from 31 December 2015.

Currently Cosco Dalian operates a fleet of fifteen VLCCs, and it has another eight VLCCs under construction at DSIC, CSSC Longxue Shipbuilding and Cosco Dalian Shipyard.

State-owned firms such as China Cosco has already benefitted from receiving subsidies under the policy as it sends its older tonnage to the scrapyard and orders new ones for replacement.