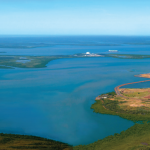 The Northern Territory Government is prepared to invest up to $100 million to develop a Common User Ship Lift facility and Marine Industries project.

This project will catalyse the creation of a new major industry dedicated to marine services which has the potential to drive the development of prime industrial land at East Arm to support the defence, oil and gas, coastal barging and logistics sectors. At full capacity, our marine industries are projected to support up to 4500 full time jobs and inject around $3.5 billion into the Territory economy.

The development of a Common User Ship Lift is a drawcard piece of enabling economic infrastructure which requires the Federal Government’s commitment to servicing its naval and border protection fleet in Darwin.

The Common User Ship Lift facility and Marine Industries project is a priority of the Northern Territory Government and has been granted Major Project Status. We have a modern, deepwater port at East Arm that is the terminus of a 3000-kilometre transcontinental railway and will soon see the construction of the North East Gas Interconnector.

With one LNG plant built and another under construction, Darwin is cementing its role as the offshore oil and gas service and supply centre for the region and we are increasingly playing a strategic role in Defence and Border Force operations.