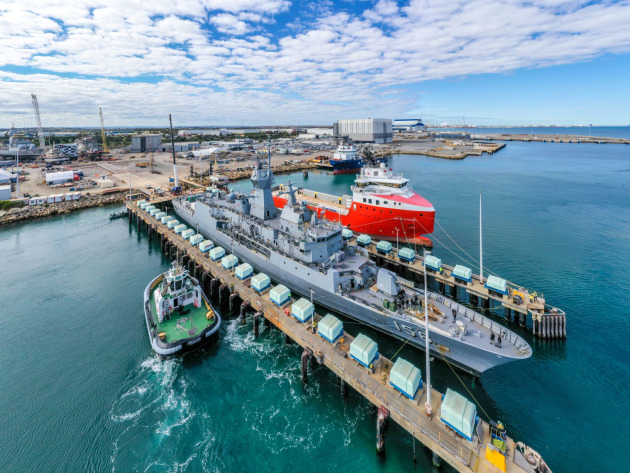 The government says it will invest up to $4.3 billion to deliver WA’s first large-vessel dry berth.

The Henderson dry-dock will enable the construction and sustainment of large naval vessels in Australia. Government-owned Australian Naval Infrastructure will oversee the design and build, with work to start in 2023 and initial operations to commence in 2028.

The Commonwealth says it will work closely with the WA Government and industry to develop a plan for the defence precinct at Henderson.

“This is a $4.3 billion vote of confidence in Western Australia’s shipbuilding capabilities, jobs, training and the critical role that Western Australia plays in defending Australia and powering our national economy,” Prime Minister Scott Morrison said. “This multi-billion dollar infrastructure investment will transform the Henderson maritime precinct into a world-class shipbuilding powerhouse, and demonstrates our ongoing commitment to naval capability in the West.

“Henderson, HMAS Stirling and Fleet Base West all form a key part of our maritime capability and our nation’s security, particularly given the strategic importance of the Indian Ocean, and will continue to do so for decades to come.”

Minister for Defence Peter Dutton said the project builds on the government’s previous $1.5 billion commitment to infrastructure improvements at HMAS Stirling and the Henderson maritime precinct.

“This decision will ensure that we can meet the Navy’s future requirements as we undertake the enormous investments in the maritime capabilities we need to keep our nation safe in the decades ahead,” Dutton said.

“The project will build the capacity and capability of sovereign defence industry in the region, particularly in the advanced manufacturing sector, with Australian Industry Capability requirements in contracting arrangements.

“The infrastructure will also support Defence’s $90 million Regional Maintenance Centre due to be operational in Henderson in the second half of 2022 to enable a level of maintenance to be conducted on all surface fleet units and creating 40 jobs.”

“Using ANI as our partner in the Henderson dry dock ensures we capture their experience from the Osborne Shipyard and maintain maximum sovereignty and flexibility in design, construction and management of this future facility in the decades to come,” Minister for Finance Simon Birmingham said.