Six new ferries to operate on Sydney’s Inner Harbor have been ordered from Australian shipbuilder Incat Tasmania’s Hobart Shipyard, who was awarded the contract to build the new vessels from designs commissioned by Transport for NSW.

Announcing the result of a competitive tender process the NSW Minister for Transport Andrew Constance said the “ferries are a major step forward in the NSW Government’s plans to modernize and expand the ferry network.”

The new vessel exterior is a traditional design to look similar to the Sydney First Fleet vessels, however the 35-metre, 400-passenger boats have greater capacity than the current fleet. According to the builder, the interior will be more spacious with comfortable inside seating, outdoor viewing areas, a large walk around deck and additional features for passengers; including Wi-Fi access and real-time journey information, and charging stations for electronic devices.

The Sydney Ferries will service commuter and tourist travel on the inner harbor routes from Watsons Bay in Sydney’s east to Cockatoo Island in the west, stopping at the new Barangaroo wharf.

The Incat team’s first task is to take the concept design to detailed construction drawings and vessel models, with construction of the first ferry to start early in 2016. The six will be delivered progressively from late 2016 and throughout 2017. 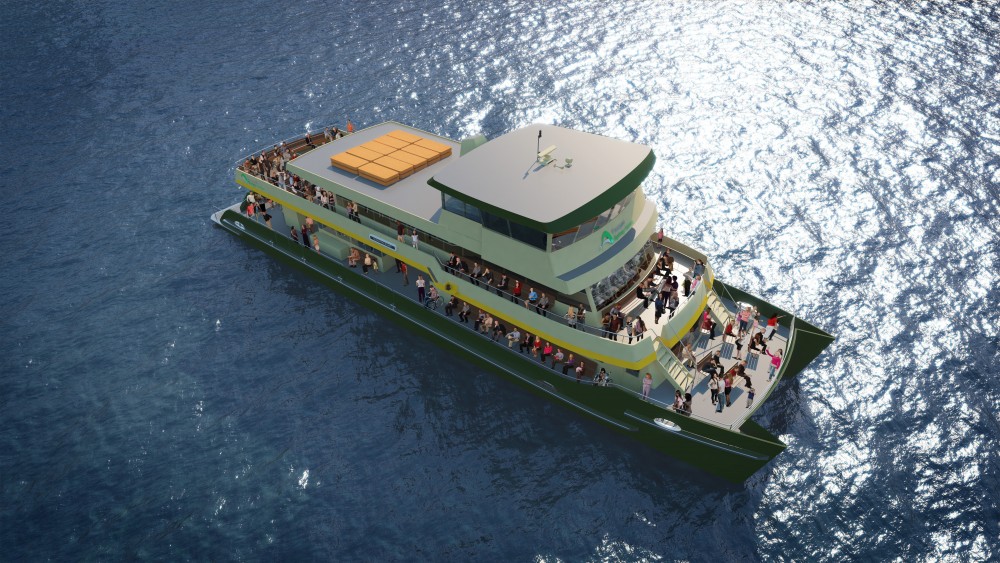