Home » News » The opportunity in the port of Darwin

The opportunity in the port of Darwin

In her welcome-to-country speech at the recent ANZ Opportunity Asia event in Darwin, Larrakia descendant Jeanneen McLennan spoke as one of the Aboriginal “saltwater people”, people who have traded across the waters from Darwin for tens of thousands of years.

“I know our Larrakia spirits and elders welcome you,” she said. “Like many other communities near the seas, trade has been a major part of their communities’ establishment and advancement. The Larrakia people have always done trade with surrounding countries, both near and far, for our people’s advancement. “

There could be no better way to describe the opportunity Darwin has before it, with Asia on the doorstep, major resource projects in train and a new owner of its key port, committed to growing trade with the region.

While debated widely in the media, the Northern Territory government’s 2015 decision to lease the Darwin Port for 99 years to the Chinese Landbridge Group for an estimated $A506 million has already delivered growth with greater port utilisation and a commitment by Landbridge to invest $A25 million in the first two years of ownership.

The port’s growth lies not just in agricultural and resource shipping but also tourism – cruise ship visits grew 12 per cent to 73 in the 2016 financial year.

Despite the debate around ownership, just this week the US Charge d’Affaires James Carouso spoke publicly of the “huge potential” American companies see in the Territory.

Carouso was joined on a visit to the NT by industrial and energy giant General Electric, engineers Bechtel and KBR, defence consultant Leidos and manufacturing conglomerate 3M. 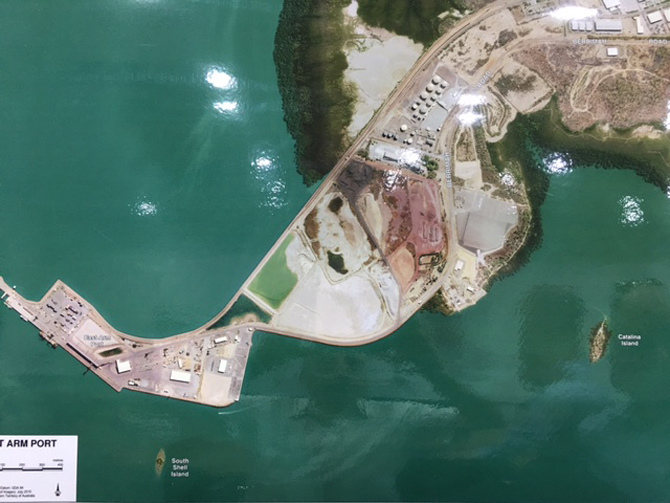 Although Darwin is the closest Australian capital to Asia, its smaller size, particular social challenges and exposure to commodities means it is susceptible to booms and busts.

Most recently the development of the Japanese Inpex group’s Ichthys LNG project has driven the local economy, with ground breaking in 2008 and a peak work force of 8000 onsite.

That construction phase is now winding down leading some local developers to fret about an ‘Inpex cliff’, undermining the confidence of local businesses and developers to invest. Offsetting that, others point to a significant underinvestment in infrastructure – roads, residential sites, retail – which leaves space for considerable catch up.

The recent US delegation was also looking at how to move to the next stage of development beyond Ichthys.

“Take the agriculture opportunity (into Asia),” he told the Opportunity Asia public forum earlier this month. “We certainly see additional refrigerator container points are a part of that.”

“Whether it goes out as boxed beef, whether it’s prawns, we see the expansion as being quite critical to the development (of Darwin) and part of our growing markets.”

“The minerals that are in the ground around the Northern Territory and northern Australia will be dug out of the ground.  We’re in a boom/bust cycle, we’re probably on the other side of that now.  But we’re already seeing that demand for some of those minerals rise again in front of our eyes.

“Tourism is going to be incredibly important. You’ll see the large cruise ships sitting out there on the wharf now.  For us we just see that’s an incredible growth area, we see 20 per cent growth in those numbers of passengers arriving already, we see that a continuing growth area.

Tourism, agriculture and mining will come back, and we’re going to see construction around the port.” 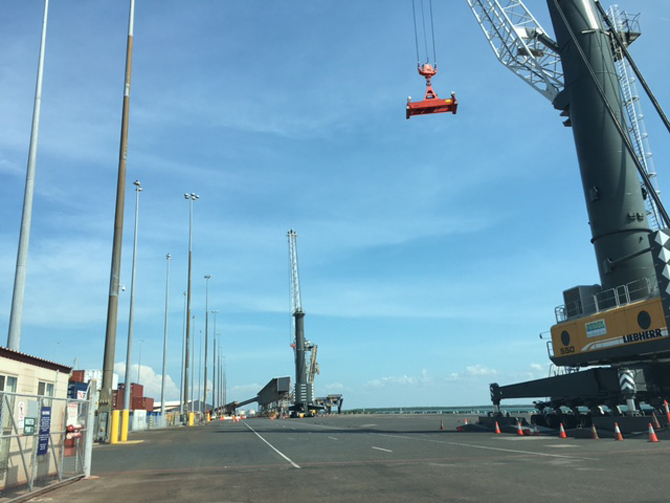 For O’Connor, Darwin as a port economy and the Darwin Port are the critical elements in converting the Territory’s opportunity into reality.

The challenges though are idiosyncratic. A key speaker at the Opportunity Asia event, Lisa Goodman, is both the managing director of tourism consultancy China Blueprint and a director of the luxury Wildman Wilderness Lodge.

The Territory boasts some of Australia’s most iconic tourism destinations such as Uluru, Alice Springs and the vast Kakadu wetlands. But the same phenomenon which makes Kakadu possible challenges the tourism industry: a wet season.

“Tourism in the Northern Territory is quite challenging,” Goodman said bluntly. “The first thing is: what is our wet-season product?  It’s hot, it’s sticky and – especially out in the bush – we have mosquitoes and we have more in the wet season.

“The majority of our market is from Europe, other parts of Australia and also now parts of now Asia.  So to bring people over during the wet season can be quite complicated.  A lot of businesses in the NT actually shut down during this period.”

Given the wet season is three to four months long, the challenge for such a huge sector of the economy is enormous.

Having lived in and consulted to companies both within and dealing with China over many years, Goodman believes the Asian giant is a genuinely of huge import to the north – for capital, for trade partnerships and for visitors.

But she reiterates Australian companies, including those in the NT already dealing with China, lack sophistication in segmenting the market – in terms of geography, sophistication and in even less obvious drivers such as marketing distribution.

“The final thing is to understand how our customers go about making bookings to go overseas if they’re coming from China,” Goodman said.  “So for example, listing our company on Chinese equivalent OTAs or online travel agencies like Ctrip and eLong and then also using Chinese social media.” 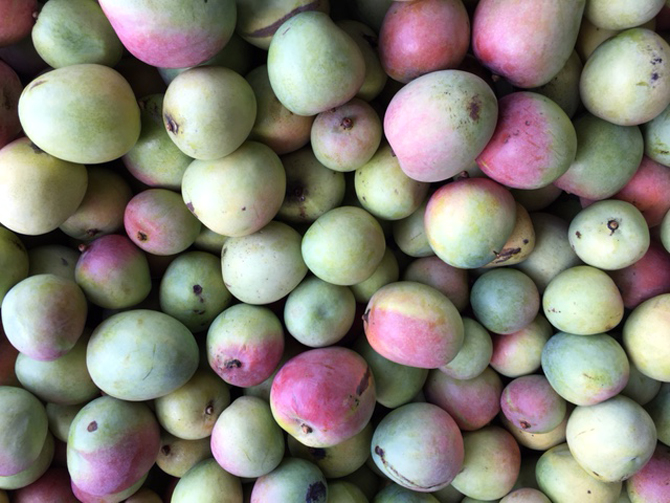 That means it is essential to nationalise both the content of the message to potential customers and the distribution.

“We have our own marketing campaign which utilises Weixin and Weibo and we have Chinese language brochures and our website is soon to be in Chinese,” Goodman said.

What is true for the tourism industry is true too for the agricultural opportunity and even more broadly, according to the third panellist on the night, Mark Hand, managing director of corporate and commercial banking at ANZ.

“Have you got the right products?” he asked. “What is the right destination market for the product?”

For example, while the growing list of Free Trade Agreements Australia has with its Asian neighbours is a clear opportunity for Darwin, it is in the detail where execution can break down. Hand pointed out FTAs need to be carefully interpreted and it is not always simple to understand the logical entry point for a product.

“Australia’s reputation is around quality products, particularly in the food space, but in such a health focused country, we have to make sure that we’ve got products over there that are going to be top-notch when they get there,” Hand said, emphasising the importance of supply chains and logistics.

“Free-trade agreements are great in terms of lowering tariff barriers but there’s lots of non-tariff barriers such as licences that you need to get in other countries,” he said. “How do you find a partner that you’re going to be able to trust in some of those countries?” 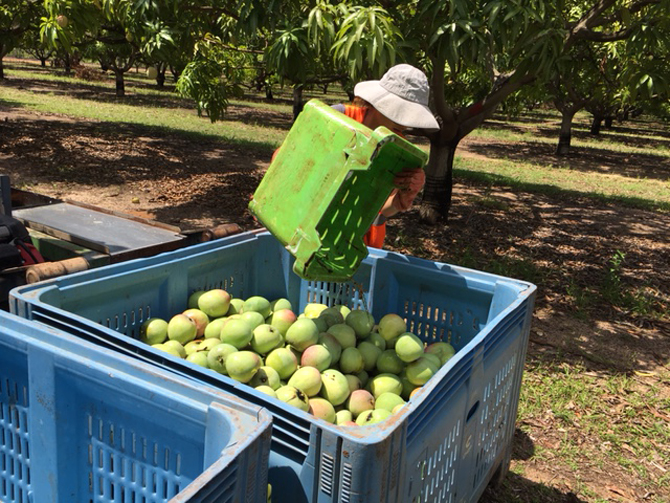 The dimensions of the rewards for a successful Asian engagement are evident in the latest ANZ Opportunity Asia report which surveyed more than 1,000 Australian businesses.

Nearly 60 per cent said business in Asia makes sustainable growth far more achievable and for agribusiness specifically, 70 per cent of businesses dealing in Asia were making substantially higher returns from their offshore operations.

Critical to success, according to the businesses surveyed, were good relationships in the region; the actual demand for good quality products and services; and clear lines of communication with trading partners.

One jarring element however, according to ANZ’s regional business banking head Christine Linden, was regional businesses are only half as likely as their metro counterparts to value knowledge of local market conditions and culture as a key success factor.

“And while the opportunities are significant, the survey highlights the challenges for regional businesses who actually want to secure a larger share of Asian markets: how to actually fund it,” she said.

“Over 80 per cent of regional businesses said they wouldn’t be prepared to participate in a joint venture or seek new investment from an offshore partner to grow, preferring to use personal funds.  I think this is a really interesting challenge in how to size and also how to scale operations in what is a growing demand environment.”

While Linden stressed that didn’t mean foreign investment was the only option, it did indicate a need to think differently about business capital.

Darwin Port’s O’Connor put that challenge into perspective when asked about the new Chinese ownership of the port lease.

“Nothing’s changed, the business is the business and ships come in and ships go out,” he said.  “The political noise, I think it will continue to reverberate for a while yet.”

He puts the investment in context, emphasising the lease process had full stakeholder involvement, including government agencies.

“The whole Chinese investment in Darwin has been around growth. Development of North Australia is real, it is a real thing, there’s bipartisan government opinions around this, there’s government white papers, there’s real money being invested,” O’Connor said.

“I think foreign investment and Chinese investment is a really important part of it. I take people on tours around the port regularly and we go past the railway line which is owned and operated by an American company, drive past the Shell Prelude base, the largest floating LNG facility operated by a Dutch company, past the Toll yard which owned by Japanese Post, into the Inpex facility owned by Japanese, across to the ConocoPhillips owned by the Americans.”

“There is a lot of foreign money already here and without that foreign money we wouldn’t be developing north Australia and any of this foreign investment is going to be critical to the growth in the future.”

The reality is Darwin is remote, far closer to Indonesia than Australia’s most populated south east. The population of the Northern Territory is small, it is still cheaper for international goods to be shipped around the coast by sea rather than over the land. The tropical climate can be a challenge.

To build on the opportunity of its resources and proximity, develop new businesses and offset any ‘Inpex cliff’, new investment must be encouraged. But from the time of the Larrakia, Darwin’s prosperity has been built on trade over the seas.