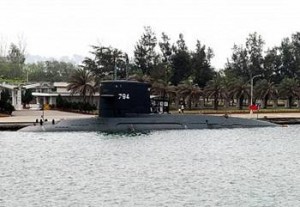 The government has allocated $92.55 million over four years, beginning next year, to launch a long-awaited program for the island to build its own diesel-electric submarines.

The plan come as other navies in the regional expand their submarine fleets in part to create a strategic deterrent against China’s growing naval assertiveness in Asian waters.
Taiwan has long sought to expand its aging submarine fleet. Taiwan has four aging submarines, including two that date to World War Two, although its military is otherwise considered generally modern.
China currently operates more than 60 submarines and is rapidly expanding its anti-submarine warfare capabilities to further dilute any threat Taipei’s future submarines could pose.
Taiwan’s Ministry of National Defense (MND)  is planning to award a design contract in 2016. The entire project is expected to span four years.
Source: www.marinelink.com