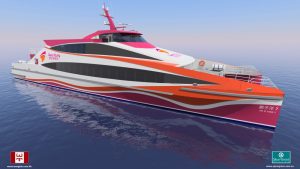 Spear Green Design is going from strength to strength with more SGD marine interiors currently being built in several vessels worldwide. Recent launches include 2 x 42m fast ferries in China, with another two to follow for the same client. Another 40m fast ferry is also in build in China for service in the Hong Kong / Pearl River Delta region, which is due to launch by end of August. 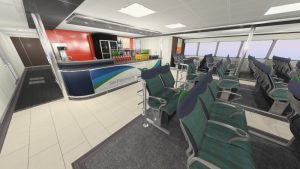 These two vessels are luxury tourism vessels destined to service Cancun and adjacent islands in Mexico. The first of a series of six and potentially many more vessels are being completed in Tasmania now, to progressively replace some of the Sydney Ferries Fleet for Sydney Harbour.

This totals around 18+ vessels with SGD interiors, currently in build worldwide, with several more to follow. SGD are also currently working on several other exciting projects in other regions including Europe, Asia and the Middle East, for both the private and public / commercial sectors.