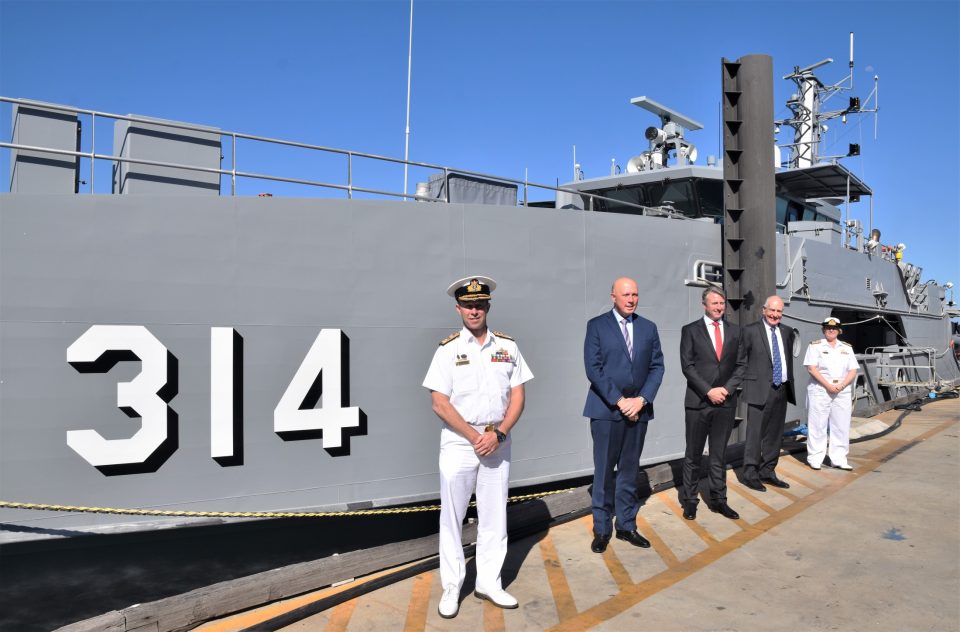 “Sheds don’t build ships, people do. And it’s great to celebrate today with representatives from Austal, the Department of Defence, our proud supply chain partners and many more businesses in the defence industry across Australia,” Mr Gregg said.

“This first Evolved Cape-class Patrol Boat was a true team effort, drawing on the expertise, drive and commitment of hundreds of talented people who are fundamentally contributing to the national security of this country.

The 58-metre aluminium monohull patrol boat is the first of six to be delivered to the Royal Australian Navy under a A$324 million contract awarded to Austal Australia in May 2020. With greater capability than the benchmark Cape-class Patrol Boats, the Evolved Capes feature new,
larger amenities to accommodate up to 32 people, improved quality of life systems and advanced sustainment intelligence systems that will further enhance the Royal Australian Navy’s ability to fight and win at sea.

The vessel was constructed in approximately 18 months, employing approximately 400 people directly in Western Australia, and engaging more than 300 supply chain partners across Australia. In 2022, Austal Australia is scheduled to deliver an unprecedented 9 new naval ships
to the Commonwealth of Australia, including four Evolved Cape-class Patrol Boats for the Royal Australian Navy (SEA1445-1) and five Guardian-class Patrol Boats to the Department of Defence under the Pacific Patrol Boat Replacement Project (SEA3036-1).

This ASX announcement has been approved and authorised for release by Paddy Gregg, Austal Limited’s Chief Executive Officer. 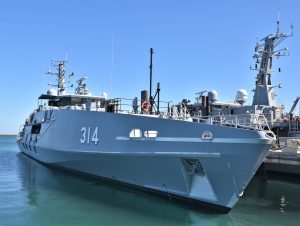