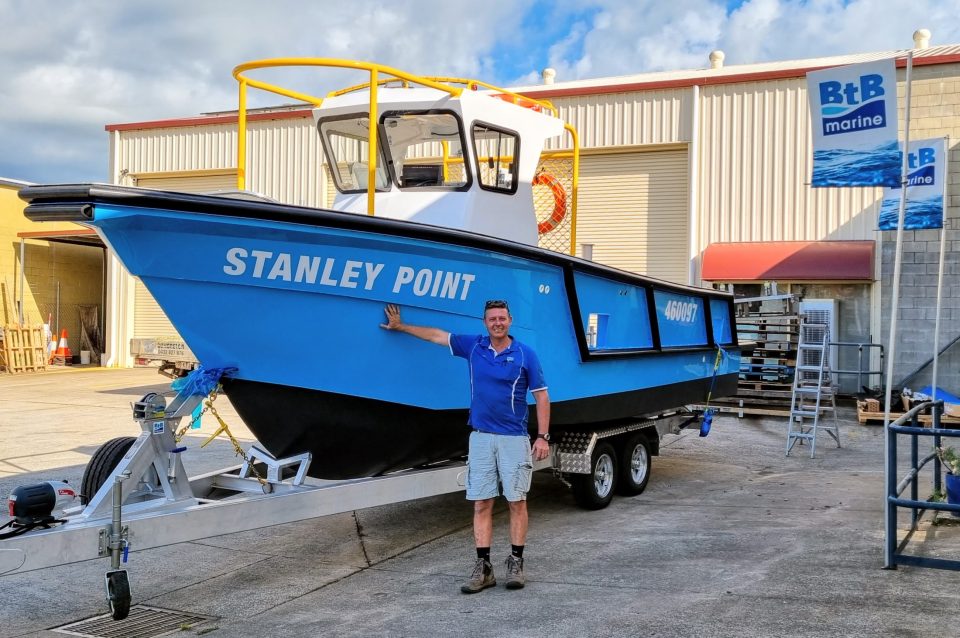 Designed by Naval Architects Australia, the 800LB’s almost looked too good to be called workboats on their rollout from the BtB Marine workshop, but their finish inside and out is still both simple and practical.

BtB Marine General Manager Chris Hough explained “These workboats are powered by turbocharged Yanmar diesel engines coupled to Hamilton jet propulsion units. The Yanmar and jet combination has delivered a 30 knot top speed fully loaded, (33knots lightship), and they easily do a cruising speed of 21knots at around 2,500rpm”.

“With a three-stick manual control system, (throttle, gear and bucket controls), the manoeuvrability of these is about the best of any I’ve built,” Chris says. “Once you get used to it, they are super-responsive – they are as good, if not better than any other setup you can power this kind of boat with, in my opinion.”

“BtB Marine has always come from a philosophy of looking at innovative ways to build and operate ecologically sustainable vessels,” said Chris. “Safety, reliability and practicality are paramount issues for vessels in remote locations. Our vessels have been performing remarkably for many years in many locations around Australia and right throughout the Pacific Island Nations”. 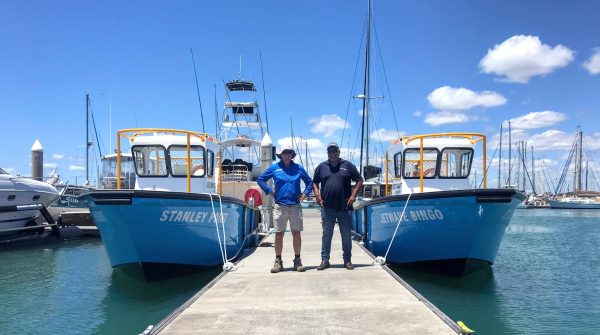